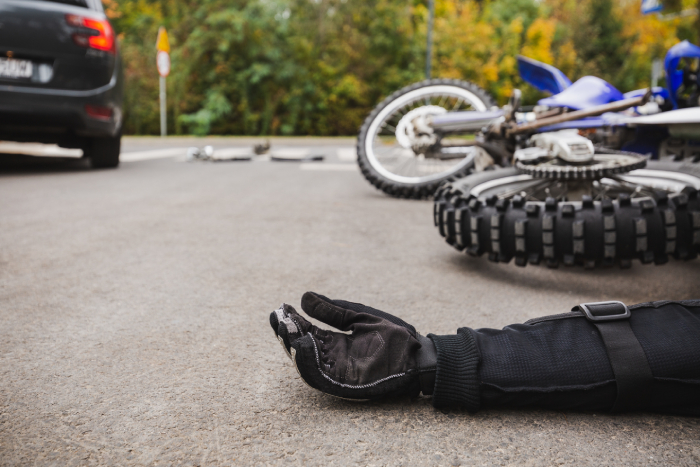 It cost the country almost $10 million to treat one motorcyclist who was hit from his motorcycle by a car in 2014, Mrs. Rose Miller, Grants Manager, JN Foundation revealed. And, the grants manager believes that this figure would be significantly higher in 2022.

Mrs. Miller was addressing a JN General Insurance Road Safety Webinar held under the theme: “Stop the mayhem, Save lives” on July 14. She explained that the cost was part of findings in the Cost of Care Report, published in 2017. This research was funded  by the JN Foundation and the National Health Fund . She said the report factored in hospital stay, treatment, physiotherapy and other related expenses in arriving at the figure.

“The case in point was that of a 24 years old young man. Employed and with no chronic illnesses, this young man was hit by a motor car while driving his motorcycle. He was not wearing a helmet,” she shared.

She added that this cost was to treat that particular motorcyclists, but noted that it cost on average $263,000 per person to treat victims of motorcycle crashes.

“There is a cost also for aftercare. All the figures mentioned earlier were related to direct hospital costs and do not include salaries for the healthcare workers.  By the time you put in the indirect costs which speaks mostly to loss of income, another $3.6 million dollars is added.  The study used a very basic salary like the minimum wage and assumed that the victim would have worked until 65. The total cost is now a staggering 9.272 million dollars to treat this motorcyclist. And we’re still talking 2014 and not 2022 which would be way more.  So this is an astonishing figure,” she stated.

She urged motorcyclists to adhere to the rules of the road and wear protective gear such as helmets to reduce the chance of serious injury.

Montel Hill, business development officer at the Jamaica Automobile Association,(JAA) encouraged motorcyclists to be responsible road users in order to reduce the number of road fatalities in Jamaica in line with the government‘s mandate to bring fatalities down below 300.

Mr Hill outlined that one way bikers can protect themselves is by wearing the necessary protective gears while riding.

“You need to ensure that you always wear a helmet and other protective gears when riding. If there is a pillion on the bike, that rider should also be wearing a helmet,” Mr Hill advised.

As a means of encouraging the bikers to wear helmets when riding, the Federation Internationale de l’Automobile (FIA) donated 700 helmets to bikers, through the JAA.

“The donation of the helmets reflect a part of FIA’s commitment to road users; and as FIA’s key partner in Jamaica for more than 95 years. The JAA is committed to advocating for best practices as it relates to road use,” Mr Hill explained.

He reminded bikers to wear bright coloured clothing at nights, or have reflectors on the bike or helmet, so that they are easily seen in the dark by other road users.

“Ensure that the bike has mirrors on both sides and it is properly and regularly serviced,” he advised.

Mr Hill encouraged bikers to ensure that their motor cycle is properly registered and that they pay keen attention to road signs and obey the Road Code.

“When you are responsible motorcyclists, the system works better for you. More children will have their fathers to care for them; more mothers will have their husbands/spouses to support them and the child; and more parents will have their children to take care of them in their old age. Love is an action word demonstrated through being responsible citizens. We don’t want any fatalities coming from this group; and that is what we are most passionate about, saving families through saving lives,” he opined.