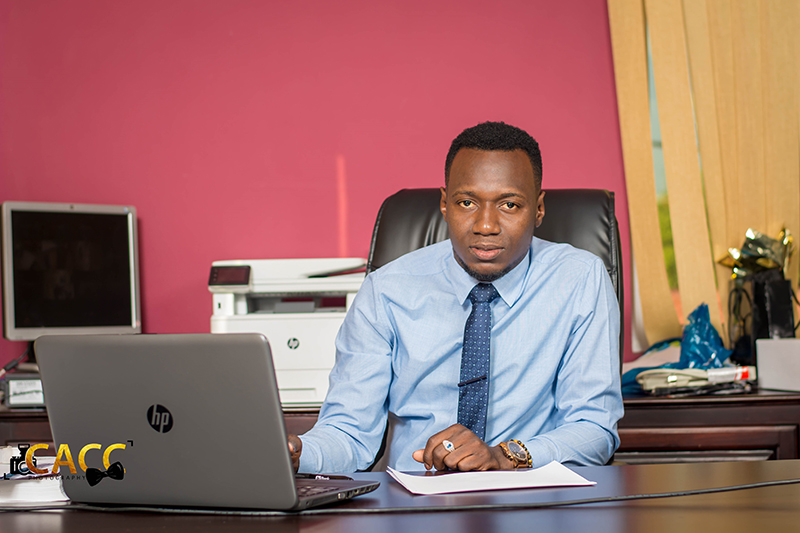 If you should ask an educator or school administrator, who was at the Black River High School in 2007, what they thought about Coswayne Samms, they would probably tell you that, “he performs well academically, but he is a troublemaker.”

Thirty-one year-old Coswayne Samms, who hails from Black River in St. Elizabeth, was suspended six times from high school for not adhering to the school’s dress code and was eventually expelled from school for writing his alias in graffiti, on one of the walls of the compound.

Today, he is the Manager of Membership at the Jamaica Automobile Association (JAA), a member company of The Jamaica National Group.

The JAA is the premier auto club in Jamaica, providing customers with services, such motor vehicle fitness and registration, concierge, transportation and corporate services; as well as a driving academy.

Samms joined the JAA as Marketing Officer in December 2018 and was promoted in April 2021, after acting in the position for a few months.

“My department deals directly with the members, their experience and the service they receive from the JAA. I have over 20 persons on my team, with four supervisors who are in charge of smaller teams and report directly to me; but essentially, all team members in the Membership department report to me. I am excited about my job, because I am very big on customer service. I also have a few plans in place, which will really improve customers’ experience here,” he explained.

A two-time graduate from The University of the West Indies, Mona, (UWI), he holds a Bachelor of Science in Management Studies and Marketing, 2015; and a Master of Science in Tourism and Hospitality Management, which he received in 2018.

He is no stranger to leadership, as he served on the UWI Mona Guild for two years and was Guild Postgraduate Chairperson and President of the Mona Association of Postgraduate Students (MAPS).

He also received several awards while at UWI.

“The Guild’s Cultural and Entertainment Activities Chairperson, also had to resign, and I took on that role as well, therefore, I was in charge of planning events for students, such as Integration and UWI Carnival, among others,” he mentioned.

He said that serving on the UWI Mona Guild was a major turning point in his life, because he learned so much about the professional space, leading a team, networking and interacting with people.

The car and football aficionado says that he grew up in a poor, single-parent household led by with his mother, Clover Currie and older sister.

“My mom never had much money, however, she worked very hard and had a supportive unit of friends. She is an excellent cook and baker, therefore, she used to bake wedding cakes and sell to make ends meet. She basically sacrificed her life for me, to the point that I didn’t realise I was poor, because my mother made sure that I had everything I needed for school,” he passionately pointed out.

He added that his older sister also invested in him and assisted his mother to provide for him.

Endowed with a fervent entrepreneurial spirit, Samms is also an events promoter and was engaged in buying and selling, while he was in high school.

“I am one of the promoters of MOSA, which is a Sunday Brunch series, held at 100 Hope Road and I also kept parties in Black River. Back in high school, I used to buy sneakers and sweets and resell them. I also burned and sold CDS, as well as loaded MP3 players with music at a cost,” he commented.

When he enrolled in university, his aunt helped him to finance going on the “Work and Travel Programme,” in the United States, which he did yearly, to assist with paying his undergraduate tuition fees.

“I love Mathematics and I was the only person to get a one in Math in 5th form at Black River High in 2007,” he disclosed.

During the past two years, he has given the student, who gets the highest score in CSEC Math at Black River High, an award, dubbed the “Coswayne Samms Award for Excellence in Mathematics,” and pays for them to do Mathematics at the Caribbean Advanced Proficiency Education (CAPE) level.

Samms grew up in the Grace Gospel Chapel Church and reads the Daily Bread and prays every day.

“I literally live by the Bible scripture, “Do unto others as you would have them do unto you,” he commented.

He believes his mother’s prayers are what kept him from day to day.

Samms related that he has maintained friendships with a circle of very ambitious people who are “going places.” His friend, Allen Bell’s father, Keith Bell, is his role model, as he demonstrates the kind of family man that he would like to be one day.

Samms hopes to transform the membership of the JAA to continually improve the customer experience of its members, so that they can access the company’s services efficiently and receive added value, at no additional cost.